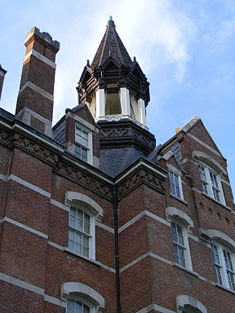 Fisk University beat the clock to raise $4 million in unrestricted funds before a June 30 deadline in order to access a $2 million challenge grant from The Andrew W. Mellon Foundation. The Mellon Foundation, which gave Fisk $1 million outright during the school year, had issued the challenge to help the school raise additional funds.

"Thirty-four percent of contributions in support of the Mellon Foundation Challenge came from Middle Tennessee and it is clear that with the help of our alumni, the community of faith, government leaders, as well as our corporate and foundation partners we can claim great victory this year," said university president Hazel R. O'Leary in a press release.
Total fundraising for the year is expected to exceed $8.3 million.

The special fundraising effort was prompted by acute, if not unprecedented, financial struggle at the school.

In November 2007, Fisk was in danger of not being able to make its payroll after the middle of December, according to John Donohue, executive vice president of development for The United Negro College Fund. UNCF partnered with Fisk in the fall to help with fundraising at the request of the Mellon Foundation, Donohue told Black College Wire in February.

In a effort to raise money, Fisk sought to sell portions of a 101-piece art collection gifted to the university in 1949 by renowned artist Georgia O'Keeffe. Those plans were thwarted by legal challenges from the Georgia O'Keeffe Museum, heir of the O'Keeffe estate.
Posted by da rattler at 10:03 AM 4 comments: