Albany State alumni giving is up by 32% 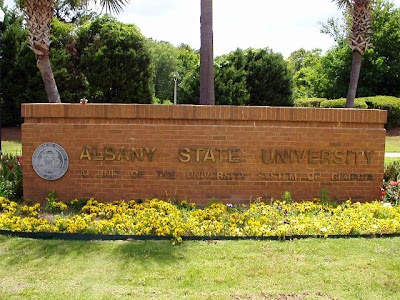 “We just reached out a lot more often, particularly during the end of the year, than we have before,” said Mildred Johnson, director of development. “So often people get something in the mail and they intend to give, but time passes and they don’t. Following up with them to remind them is the best way to get people to react.”

Along with the "ask", ASU sent potential donors a "Donor Bill of Rights" to emphasize how serious the Institutional Advancement staff takes its fiduciary obligations.

“We wanted them to know that we would be wise stewards with their money,” Annual Giving Officer Sherrell Byrd said. “We would be transparent with their records or receipts and be more than willing to answer any questions they may have.” Johnson and Byrd also attributed the increase in alumni donors to a stronger push in their marketing efforts. Emails, mailings, name recognitions and thank-you letters were all generated in record numbers from the office.

The Institutional Advancement staff works alongside Alumni Affairs to ensure the participation of the local, state and national alumni chapters in alumni giving. A phone-a-thon that featured the alumni chapters doing the calling was conducted earlier this year. “We really utilized the many different forms of communication,” Byrd said.

“Nothing expensive, but rather staying in their faces.” According to Johnson and Byrd, there is more work to be done and zero room for complacency. Johnson mentioned that securing a trustworthy relationship with donors is vital for future progression. “I am excited that we exceeded our goal but I am not satisfied,” Byrd commented. “My push now is not only to continue the same vein of educating donors, but cultivating more donors as well. I will not stop until we get 10,000 donors.”
Posted by da rattler at 8:34 PM 6 comments: 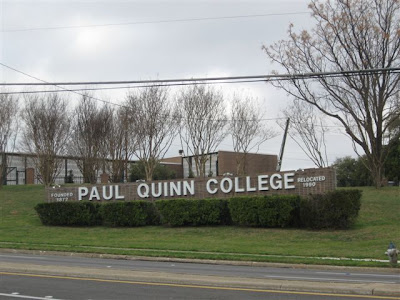 Paul Quinn College may have lost accreditation – a potentially fatal blow to the 137-year-old institution – but its president is stubbornly optimistic about the prospects for survival.

The Southern Association of Colleges and Schools voted to strip Paul Quinn College of its accreditation, citing financial and academic troubles. That means its students cannot receive federal or state financial aid, and the college cannot award degrees.

Sorrell said the college, which ended last semester with 375 students, will appeal the association's ruling. Until that appeal is decided, the school can still award degrees and class credits.

"Paul Quinn College is open and in the business of educating our students," he said.

The accrediting agency determined that Paul Quinn lacks sufficient financial resources or stability. It also cited problems with "institutional effectiveness," which focuses on whether students learn what they are supposed to.

While losing accreditation is a major blow, it's not necessarily a death sentence. Texas College, another historically black institution in Tyler, lost its seal of approval in the mid-1990s but regained it a few years later.

The historically black college, which is affiliated with the African Methodist Episcopal Church, has struggled for years with finances, academics and leadership. Under Sorrell, the school has seen spikes in applications and donations. Enrollment has dropped, although Sorrell said that's largely because of tougher academic standards.

Paul Quinn College moved from Waco to the former campus of Bishop College in 1990. Bishop had closed in 1988 after filing for bankruptcy and losing its accreditation.

Dallas businessman Comer Cottrell bought the 130-acre Bishop property, thinking it might be a good site for educating troubled youths. The idea didn't pan out, and Paul Quinn approached him about relocating to Dallas, he said.

Cottrell, who sits on the school's board of trustees, said he was saddened by the loss of accreditation. "We desperately need a college of that type here," he said. "That's how you develop leaders for your community."

Cottrell said the school's governance has hampered operations for years. "We've always had preachers in leadership," he said of the board. "They don't know what they're doing."

Board chairman Gregory Ingram, presiding prelate of the area African Methodist Episcopal Church, rejected such talk. "That's absolutely wrong and an unfair statement," he said. The current board is a "mosaic of interest groups" helping the school rebound, he said. "What prevailed in the past is not the Paul Quinn today."

Cottrell also blamed Dallas' black leaders and residents for the school's troubles. "It's our responsibility," he said. "There's enough money in the Dallas African-American community to take care of that campus."

Boarded store fronts, vacant land and aging homes dominate the scene along and around Simpson Stuart Road, where Paul Quinn is located. Development of that part of southeastern Oak Cliff has long been an unrealized vision.
Posted by da rattler at 7:44 PM 6 comments: 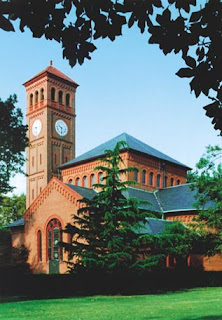 Hampton University President William Harvey wants $35 million, and he's not shy about asking for it.

He personally handed a proposal to install a geothermal heating system to U.S. Deputy Secretary of Energy Dan Poneman, who was on campus Friday for Sen. Mark R. Warner's Virginia Summit on Energy Opportunities.

HU is seeking stimulus money to replace its coal-powered steam plant that was built in 1868.

Before Warner introduced Poneman to the nearly 500 people at the summit, he said there is no one who is "more passionate, more relentless, more committed to getting things done than Bill Harvey."

Harvey does it through force of personality, Warner said, adding, "How many of you have been in a meeting with Bill Harvey where Bill Harvey is after something?"

Warner held up a letter addressed to U.S. Energy Secretary Steve Chu in which he supports HU's proposal for the $35 million for a geothermal heating system.

After speaking at the summit, Poneman said geothermal energy is a new process that he doesn't know much about but is certainly an area of promise.

Virginia is allotted $130 million this year for energy programs and grants through the American Recovery and Reinvestment Act.

HU would be the first university to replace an existing heating system with a geothermal one.

Harvey said having Poneman on campus to personally see the smokestack that emits 50,000 tons of carbon dioxide each year boded well for his proposal.
"To have the deputy secretary of energy come here, and be able to 'kick the tire,' so to speak, I think that will have tremendous impact to come," Harvey said.

HU will replace its steam plant no matter what, he said, even if it has to do so building by building.
Posted by da rattler at 12:10 AM 6 comments: 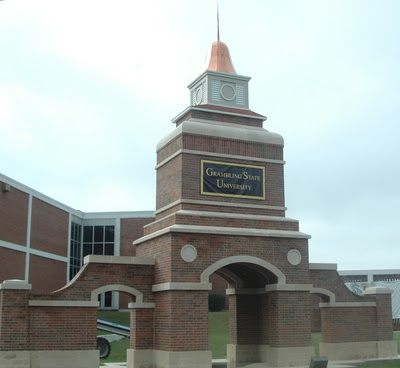 The most recent report found that GSU understated its operating loss by $1.3 million for the fiscal year that ended June 30, 2008, inaccurately reported and misclassified many account balances, submitted an inaccurate Annual Fiscal Report for the second straight year, could not locate nearly $1 million worth of property, conducted business with vendors and other institutions without having current valid contracts, did not adequately report athletic revenues and did not effectively pursue the collection of funds owed the university.

Although the report highlighted myriad accounting problems, the audit was still unqualified, meaning auditor’s were able to accurately assess the school’s financial health.

“We’re trying to achieve excellence, every year we put ourselves to the test,” Judson said.

Judson said that doing an audit every year makes keeping up with new accounting standards that are added each year difficult for the school’s staff.

Frequent turnover in the business department likely also led to some of the errors cited in the report, Judson said.

Randy Moffett, president of the University of Louisiana system, said GSU is moving in the right direction to correct the findings of the audit.

“We are pleased with Grambling’s unqualified audit, which shows improvement over last year,” he said.

“The university responded appropriately to all findings, and system staff continues to work closely with university staff to ensure continued improvement.”
Posted by da rattler at 1:11 PM 8 comments: