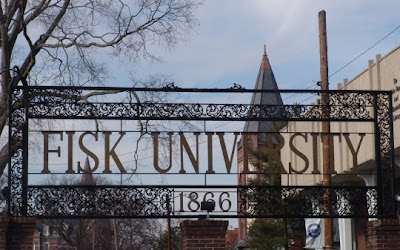 Financially troubled Fisk University was dealt another setback Thursday in its efforts to remain a significant player in higher education when the Southern Association of Colleges and Schools rejected the Nashville university’s financial update and added more items to the important agency’s list of concerns about the historic school’s viability.

At its summer meeting in Charlotte, N.C., which ended Thursday, SACS continued its “warning” status for Fisk until December, giving it six more months to address a variety of issues or face being placed on probation or dropped from membership in the widely respected regional accrediting body.

Fisk has been on warning status from SACS for more than a year, with the Atlanta-based agency repeatedly citing the school’s weak financial condition as the key reason for refusing to grant Fisk a clean bill of health. In its final statement Thursday, SACS expanded the scope of its concerns to include questions about whether Fisk’s administrators were qualified to lead, the qualifications of its academic officials and the school’s compliance with Title IV education programs.

SACS general rules grant schools 24 months to address “warning” status matters. In the case of Fisk, which has been in warning status 18 months, the SACS decision Thursday means Fisk needs to comply with SACS’s issues by December or the agency would be forced to place Fisk on probation or drop it from membership in SACS.

Removal from membership could result in Fisk being disqualified from receiving federal financial aid for its students, some 90 percent of whom rely on financial aid to go to college. Higher education analysts say such an outcome could essentially doom the historic school, a fixture in Nashville since the Civil War and home of the world famous Jubilee Singers.

Fisk had been hopeful its stepped up fundraising efforts would turn SACS around, had no immediate comment on the SACS action.
Posted by da rattler at 1:00 PM 3 comments: 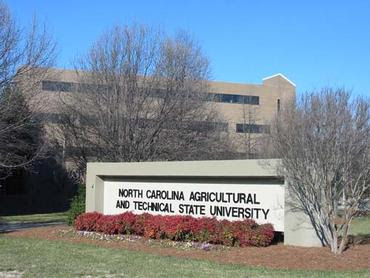 The UNC board of governors on unanimously approved N.C. A&T’s request to plan a doctoral program in nanoengineering. The new degree program will be the fourth and final degree program that will make up the joint school, a venture between A&T and UNCG.

“It’s very important to our evolution as a school,” Jim Ryan, dean of the joint school, said about the board’s approval. “I’m looking forward to having both our nanoscience and our nanoengineering programs firmly established.”

Ryan said the nanoengineering program could be ready to accept doctoral students by January. The board of governors must give final approval before the program is implemented.

Ryan said the joint school will be one of a small number of schools that offer doctoral degrees in nanoengineering.

Nanoscience is the study of atoms and molecules smaller than 100 nanometers. Area educational and business leaders say the school and its activities will contribute to economic development in the Piedmont Triad.

UNCG is offering the degrees in nanoscience, while N.C. A&T is offering nanoengineering degrees.

The school’s inaugural class enrolled last fall. The joint school is under construction on East Lee Street at the Gateway University Research Park’s south campus. Students are studying in a temporary space on the research park campus.

The school’s scientists have taken on important projects, including working on a prototype for a handheld device that could help detect mild brain injuries.
Posted by da rattler at 11:43 PM 8 comments:

'Bama State searching for a Prez 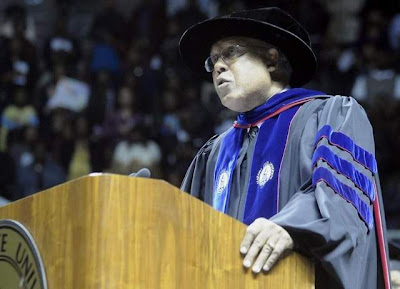 Alabama State University has a sitting president with a contract that expires in August 2012, but the school's Board of Trustees has reconvened it's presidential search committee and said it is "highly likely" the school will have a new president when the process concludes.

Trustee Marvin Wiggins, who is leading the search committee, said they have not talked to the sitting president about extending his contract, only saying that trustees are working hard to bring in a quality leader to run the university.

"If he (the sitting president) applies for the job, that's his call," Wiggins said. "But right now we're preparing because of the expiration of his contract in August 2012."

Elton Dean, chairman of the Alabama State University board of trustees, said "it's just time" to begin the search.

"That was our plan pretty much when we suspended the search. That was our plan -- not to discontinue, but to suspend," Dean said. "Now it is almost a year out before the president's contract is up. We wanted to get the ball rolling again before that time."

"We don't think finding a president is going to be that easy so we wanted to give ourselves enough time to do a proper search," Dean said.

When asked how likely it was that Alabama State University would have a new president after the search, Wiggins said "highly likely."

ASU President William Harris, through a university spokesman, declined to comment on the situation.

Harris was president of ASU from 1994 to 2000. He returned in 2008 as interim president after the departure of Joe Lee. Harris has also served as president of Paine College and Texas Southern University.

"All we did was change the title," the trustee said. He said there were no other new terms or benefits.
Posted by da rattler at 9:47 AM 3 comments: