Howard students talk about their experience 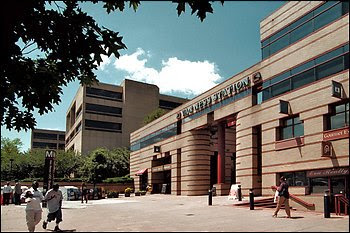 The man tapped to be the next president of the University of the District of Columbia yesterday outlined an unprecedented overhaul of the long-troubled institution, calling for turning part of the existing school into a community college, creating an honors four-year program and adding graduate programs that could include a medical school.

His goals include finding a new home for UDC's accredited law school, "which is in a space that is awful," and establishing major academic programs that meet the needs of industries such as hospitality and tourism, defense and health. In the long term, he said, UDC should also have a medical school.

UDC was created to serve as a vital avenue of social and economic advancement for needy District residents. But it has suffered from instability, with 15 presidents and interim presidents and more than 26 provosts. The most recent president, William Pollard, was forced to resign last year because the governing Board of Trustees felt he was not making changes quickly enough.

A majority of the school's freshmen need math and reading remediation, and the student population has dwindled from a peak of 15,000 in the 1970s to about 5,700 this past fall. The median age of faculty members is 63, with only 4 percent younger than 30. The median length of service is 32 years.

Read more at: Med School for UDC
Posted by da rattler at 10:27 AM 4 comments: 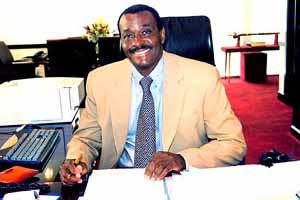 Allen L. Sessoms announced Aug. 13 that he is accepting the chief executive post of the University of the District of Columbia.

In leaving Delaware State University after a little more than five years, Dr. Sessoms said serving as the institution’s president has been a fulfilling experience. “DSU has progressed tremendously and we can all be proud of the improvements academically, infrastructure-wise, in athletics and in the image of the University,” Dr. Sessoms said. “As a result, we have enjoyed a significant increase in the visibility of the institution over this period and its future looks great.”

The University of the District of Columbia, has a total enrollment of over 5,700 students, is the nation’s only urban land grant institution of higher education. UDC offers 21 associate degrees, 43 undergraduate degrees, nine master’s degrees and is also home to the David A. Clarke School of Law.

Dr. Sessoms’ final day as president of Delaware State University will be Aug. 31. The DSU Board of Trustees will decide soon on the path it will take to launch a presidential search process and how it will address the vacancy on an interim basis.
Posted by da rattler at 7:18 PM 4 comments: 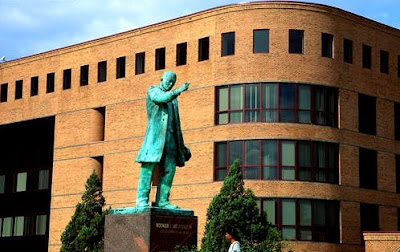 Hampton University is bringing together researchers and clinicians to focus on understanding skin in people of color at the sub-cellular level, and addressing the disparities that exist for patients and practitioners in this field.

Hampton plans to bring together a group of researcher from diverse scientific and medical disciplines to focus their research on better understanding skin of color, its disease and aging processes. The hope is to improve the care and treatment for this growing population.

Dr. David McDaniel, MD, a dermatologist with more than thirty years research and clinical experience, and Dr. Valerie Harvey, MD, a practicing dermatologist who has focused on ethnic skin will serve as co-directors of the new center. Both are faculty members at Hampton University.

The center will be housed in the new 20,000 square foot Hampton University Research Center.
Posted by da rattler at 7:59 PM 4 comments: