New SCSU building sits idle because of a lack of funds 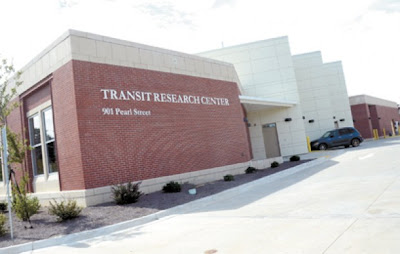 The new 8,500-square-foot, $4.8 million Transit Research Center at South Carolina State University sits empty and unused nine months after the building was completed. The building has space for automotive research and education, underground fuel tanks, three automotive research bays for cleaning and preparing vehicles-- is the first phase of the James E. Clyburn Transportation Center was completed last December after 13 years of delays.
Cash strapped SCSU, which has faced multiple state budget cuts, says it lacks the money to operate the center.
Posted by da rattler at 9:26 PM 43 comments:

Mitchell out as coach at Southern 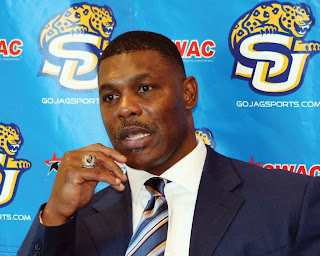 Stump Mitchell was fired as Southern’s football coach less than 24 hours after a sloppy, stunning 6-0 loss to Mississippi Valley State in the home opener.
SU Athletic Director William Broussard announced the decision at a news conference Friday afternoon, naming defensive coordinator Dawson Odums as the interim head coach and saying Mitchell would be reassigned to unspecified administrative duties at the university.
“I would like to personally thank coach Mitchell for his service and his commitment to Southern University athletics and wish him well in all of his future endeavors,” Broussard said. “I also urge our fans to continue to stand united with the staff and the student-athletes on the Jaguars football team.”
Broussard said a coaching search would begin after the season.
Mitchell, who was in the third and final year of his $200,000 per-year contract, compiled a record of 6-18 in two-plus seasons, marred by a 2-9 inaugural campaign, a 4-7 mark last year and losses to New Mexico and the Delta Devils to begin this season.
Posted by da rattler at 1:07 AM 19 comments:

Fundraising skills seen as key for next NCCU chancellor 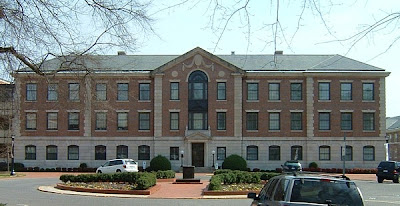 University of North Carolina system President Tom Ross told a chancellor’s search committee Thursday that the next person to lead N.C. Central University should be a gifted fundraiser.

As state and federal money becomes harder to come by, Ross said the university needs someone who can build the kinds of relationships that will lead to substantial private dollars to help propel the university forward.

“Regardless of what happens to state support, private funding is the margin of excellence at any institution,” Ross said. “That’s what can take the institution farther faster than anything else, so we’ve got to have someone who knows how to raise money and who is willing to raise money.”

Ross made his statement during the 19-member committee’s first meeting held Thursday in the chancellor’s dinning room inside W.G. Pearson Cafeteria.

He said the committee should bring him three names to replace former chancellor Charlie Nelms, who abruptly resigned the post last month.

No deadline has been set for the selection process, but NCCU and UNC administration officials have said it could take between six and nine months.

Once the three finalists have been identified, Ross said he would interview them and make a recommendation to the board of governors.
He said the person selected for the job should have integrity, understand shared governance, be transparent and inclusive, have great people skills and understand the balance between academics and athletics. 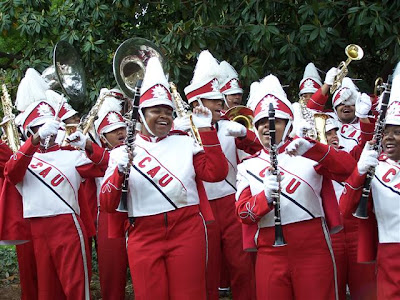 Clark Atlanta University has suspended performances of the "Mighty Marching Panthers" to investigate a hazing allegation.

University leaders made the decision on Friday.


"Even the possibility of hazing is unacceptable under any circumstance," read a statement issued by CAU. "Therefore, an investigation will commence immediately. The University aims to be thorough, comprehensive and aggressive in its review."

The Mays High School band will substitute during CAU's first football game of the season on Saturday. CAU will play the University of West Alabama at Panther Stadium in Atlanta.
Read more »
Posted by da rattler at 7:59 PM 9 comments: 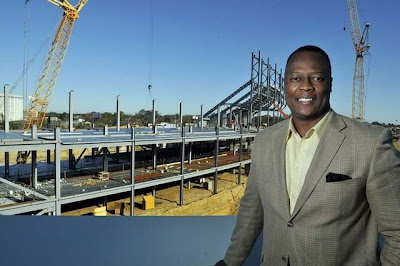 Alabama State University Athletic Director Stacy Danley faces an uncertain future at the school as university officials have confirmed that Danley has been placed on administrative leave with pay.

Danley has has served as the Hornet's athletic director for a little more than 25 months, said from his home in Auburn that there were “fundamental differences (on) how you operate, but let’s see how we can get past this adversity.”

Whether Danley will be allowed to return to his position following the “pending personnel matter” is uncertain. 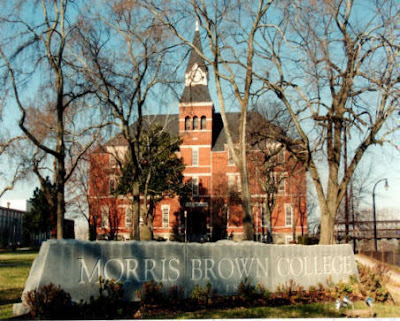 The Atlanta Journal-Constitution reports (http://bit.ly/PJoc32 ) that the move is a last ditch effort to prevent the school from being foreclosed on and sold at auction.

The 131-year-old historically black college is facing foreclosure next month after investors called $13 million worth of bonds tied to the school.

The bonds were issued in 1996 by the Fulton County Development Authority. The school had pledged several pieces of property as security. An auction of assets was set for Sept. 4.

Chapter 11 gives federal protection to businesses unable to pay their debts and allows reorganization. A lawyer for Morris Brown says the emergency filing delays the foreclosure until a judge decides otherwise. 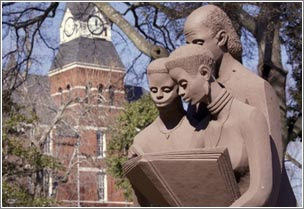 Morris Brown is facing foreclosure next month, after investors called $13 million worth of bonds tied to the college. An auction of assets, including the administration building, is scheduled for Sept. 4.

For more than a decade, Morris Brown College has clung to life as it struggled academically and financially in the face of growing debt and dwindling support.
Now, one of the country's oldest black colleges, which at times boasted an enrollment of more than 3,000 student, is now down to about 50, and all but dead.

"This is heartbreaking and not only a sad day in the life of Morris Brown, but in black academia," said former Atlanta City Councilman Derrick Boazman, a 1990 graduate of Morris Brown. "The school is needed now more than ever."