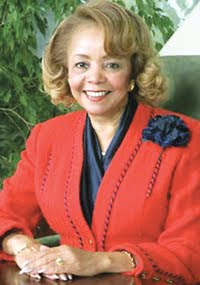 Dillard University President Marvalene Hughes announced her plans to retire in the next few months.

Hughes was hired less than two months before 80 percent of New Orleans was flooded by Hurricane Katrina, has been credited with spurring the institution's post-Katrina recovery and helping Dillard to regain its footing.

Prior to coming to Dillard, Hughes served as president of the University of California at Stanislaus, where she oversaw more than $70 million in infrastructural campus improvements, and was credited with increasing enrollment by 40 percent and achieving many national rankings for the first time in the institution's history.

Dr. Hughes received her undergraduate degree from Tuskegee University and her Ph.D. from Florida State University.

Hughes took over the helm at Dillard in July 2005 and said it has been a challenge to serve the institution and help rebuild the historically Black school since Hurricane Katrina.

"It has been challenging and rewarding to serve 'Fair Dillard' over the past six years," Dr. Hughes said. "It was an honor to play a role in rebuilding Dillard, following its devastation at the hands of Hurricane Katrina. Because of your faith in Dillard's rich legacy, together, we have not only preserved the heritage of this stellar institution, but brought it to new heights, positioning Dillard for greater achievements in the 21st century.

"In the months ahead, I will be working tirelessly to sustain and build upon our many successes, and to identify new opportunities to secure Dillard's future," Hughes continued. "We will continue to focus heavily on fundraising to enable us to rebuild Dillard's entire campus.

Dillard University is expected to soon begin its search for her successor.
Posted by da rattler at 7:33 PM 4 comments: 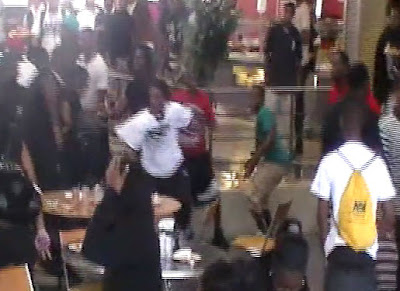 A cafeteria fight on the campus of Alabama State University has lead to a full investigation and one arrest by campus police.

For the moment, ASU Police are not releasing any specifics because they don't want to jeopardize the investigation.

They did tell us the altercation involved only students.

"Most important is that the safety of our students, staff and our faculty is paramount so it's going to be investigated and anyone who is found to be in violation of ASU's zero tolerance policy on violence will be dealt with judiciously," stated ASU's Police Chief Huey Thornton.

Since it's early in the investigation, Thornton says he can't say who was involved or how many students. 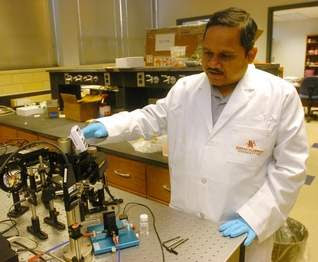 A team of researchers at Jackson State University have created a possible treatment for prostate cancer using particles that are about 80,000 times smaller than the width of a human hair.

But their potential is massive, said Paresh Ray, who led JSU’s research team.

“The particles can be used in three ways: detecting the cancer cells, killing them and monitoring the treatment to see if it is working,” he said.

It’s that monitoring capacity in particular that is new, Paresh wrote in an article published recently in The Journal of the American Chemical Society.

Reading over an abstract of Ray’s report, Dr. Charles Pound, chief of urology at the University of Mississippi Medical Center, said, “This could be something that is so novel and exciting that they win the Nobel Prize.
Posted by da rattler at 9:24 PM 13 comments:

Howard U. Board votes to refocus University 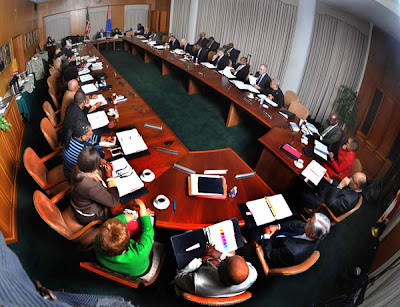 Howard University's board of trustees voted Saturday to shutter or consolidate 71 of its 171 undergraduate, graduate and professional programs in an effort to make the institution stronger and better. Howard plans to invest the savings in its research and doctoral programs. Critics of the move, contend the actions fly in the face of some of the institution's most storied academic legacies.

"We're excited about what we've done," said Alvin Thornton, special adviser to Howard’s president, Sidney A. Ribeau, and leader of the review, which he said left the institution "more strategically focused" as a research-oriented historically black college. The review leading up to the trustees' unanimous vote on the "academic renewal" plan spanned three years. This process included preparation for the reaffirmation of accreditation by the Middle States Commission on Higher Education, and a review of Howard's degree programs by the Presidential Commission on Academic Renewal, which preceded Ribeau's first set of recommendations. The review process also included town meetings and a series of appeals in which faculty members and their advocates argued in person with the provost and in written proposals for the future of their programs.

"We no longer have to be everything to everyone," Ribeau said in a statement, reflecting the view that Howard's place in higher education has changed because it no longer needs to offer the broad range of programs it did when segregation prevented black students from enrolling at many universities. “We have identified specific areas of emphasis and we plan to be leaders in those areas.”

Of those areas of emphasis, two consistently emerged as perhaps the most notable, according to several faculty members and administrators: the fields of science, technology, engineering and mathematics; and Africana and diaspora studies. The remaining four were to revise Howard's model for undergraduate education and increase interdisciplinary programs; increase the commitment to internationalism and global studies; streamline graduate and professional offerings in favor of research; and enhance humanities, communication, urban education, business, and performing and visual arts programs.

Howard is also adopting a new core curriculum with a more consistent freshman courseload, and considering beginning a "black male initiative" and honors program. Also new will be a requirement that will reduce from 127 to 120 the number of credits needed to graduate. These and other moves are designed to help push Howard's four-year graduation rate from 49 percent to a percentage in the 80s -- all while continuing to serve Howard's traditional base of students, said Thornton. "We want to show people how it's done with a certain demographic," he said.

Improving the quality of Howard's doctoral program will also take some effort. An overview of the pending changes noted that the university's doctoral classes tend to comprise five students, on average, and that a 2010 survey conducted by the National Research Council showed "considerable room for improvement" in Howard's Ph.D. programs. "Few performed strongly in comparison with all programs in their fields," the overview read, "and none operated at a level of national distinction."

Twenty-two undergraduate, 11 graduate and 38 graduate professional programs -- were marked for closure or reconfiguration, a few that faced that fate late last year escaped the chopping block. The lucky programs include African Studies and a dance concentration within the theater department.

"I’m extremely excited," said Denise Saunders Thompson, an instructor who helped lead the fight to save the dance concentration. She credited a push from students, including a scholarly forum, as well as a booklet she and others produced on the history of the program and position statements from such luminaries as Debbie Allen, the actress and choreographer who is an alumna, with swaying the administration and trustees. But, noting that the stay of the department's closure is no guarantee of future prosperity, she said she and her colleagues would need to find new ways to collaborate, both within and outside the university. "We just have to step up our game now," she said.

Three-quarters of Howard's tenured faculty members are eligible to retire, with their age plus years of service equaling or exceeding 70. Thornton said that the university was committed to hiring tenure-track faculty to replace those who retire, though they obviously will be in different disciplines, with different expectations placed on them for tenure. Any savings resulting from hiring more junior faculty will be reinvested in the university, not used to cover budget deficits, he said.

He also stressed that, even though STEM fields represented a major focus for Howard in the future, it would not abandon a commitment to liberal education, adding that Howard sees no discrepancy between STEM fields and the humanities. "Any suggestion that you can have an excellent STEM-focused university and not have a high quality liberal arts and humanities concept is folly," he said, citing John Slaughter, president emeritus of the University of Maryland at College Park and a member of the commission that analyzed and recommended changes at Howard. "You can’t have it."
Posted by da rattler at 9:04 PM 4 comments: