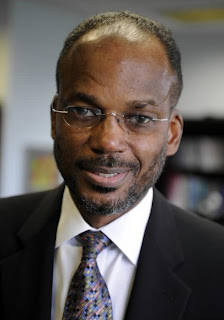 Southern University Chancellor Kofi Lomotey’s job was threatened Friday during a Board of Supervisors meeting when some Southern board members took issue with the longevity of his employment agreement.

A handful of board members said that Lomotey should be an “at-will” employee, who can be fired without cause, as opposed to having a three or four-year guaranteed contract.

“If he (Lomotey) doesn’t accept it,” said board Chairman-elect Tony Clayton of Port Allen, “then we move on and find another chancellor.”

The board ultimately decided to postpone a decision until the Dec. 12 board meeting.

In September, the board approved a $295,000 a year pay package in an employment letter for Lomotey that included a four-year term.

Clayton and board members Dale Atkins, of New Orleans, and Johnny Anderson, of Baton Rouge, who first brought the issue up Friday, criticized Slaughter for not bringing a formal written contract back to the board for approval.

“There was never a consensus on the term and length,” Anderson said, noting that previous chancellors at Southern have been at-will employees and “served at the pleasure of the board.”

Slaughter said Lomotey’s employment letter, which was approved by the board in September, amounts to a contract.

Board Chairman Myron Lawson, of Alexandria, said he never signed any employee agreement. But Lawson said he wants Lomotey to have a formal, written contract.

Board members asked board attorney, Winston DeCuir, if there is a valid contract agreement with Lomotey.

“You’re asking me to make some very important decisions without a lot of information,” DeCuir said.

“It makes me wonder if we have a Watergate or a Southern-gate,” Anderson said.

Clayton also asked Lomotey for a “cease and desist” on all hiring and firing at the main Baton Rouge campus until they can discuss the direction of the university.

Lomotey has made several administrative changes since taking over as chancellor in July.
Posted by da rattler at 11:25 AM 25 comments: 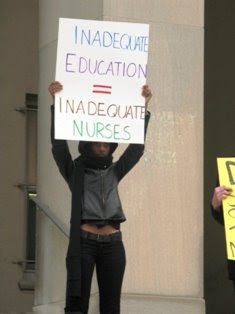 Fifty Howard University nursing students took to the streets with picket signs and a list of demands concerning problems they were facing with their curriculum.

Within 24 hrs after the protest, College of Pharmacy, Nursing and Allied Health Sciences and Howard University President Sidney Ribeau met with students to work toward a resolution to the students call for a better education and a responsive administration.

According to SGA Vice President Kellen Moore, the meeting with Ribeau tackled the list of demands presented by the nursing students at Tuesday’s protest.

Among the nursing students concerns were the ineffective teaching methods of professors.

In addition, the meeting worked toward prioritizing the students’ concerns. At the town hall meeting, students and administration participated in an open dialogue.

“It is now time for the college’s administration, faculty and students to work together to ensure the success of the program,” said HUSA General Assembly Vice-Chair Corey Briscoe. “The outcome depends on everyone meeting in the middle and upholding their responsibilities.”

In 2007, nursing students walked out of examinations, which threatened accreditation, in protest of the shoddy education they believed they were receiving.
Posted by da rattler at 12:01 AM 5 comments: 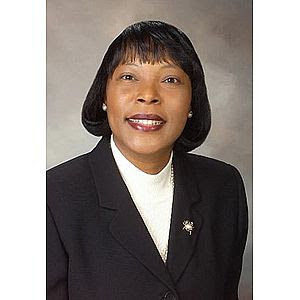 Anderson, the 11th president of the small, historically black university in Richmond, did not give a reason for her decision.

In a statement, she said she wanted "to make way for the university to secure new leadership positioned to meet new challenges."
Posted by da rattler at 6:38 PM 4 comments:

Morehouse College's chief of police is facing charges of aggravated assault, false imprisonment and pointing a gun at another person in Lamar County.

Vernon Worthy was booked into the Lamar County Detention Center after a warrant application hearing on Monday that lasted nearly four hours before Chief Magistrate William Thomas. He was expected to be released on $5,000 bond.

Worthy was not arrested in the incident, which happened earlier this month in Barnesville, but his accuser, Nathaniel Rooks, filed an application for a criminal warrant.

No date has been set for a grand jury hearing in the matter. Worthy was ordered by the judge to have no contact with Rooks or his family as a condition of his bond.
Posted by da rattler at 4:48 PM 5 comments: 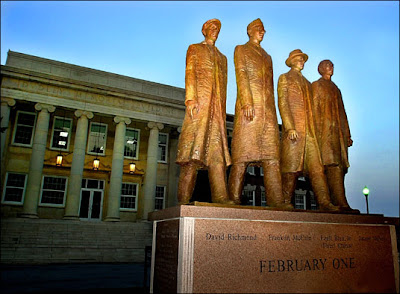 Rodney Harrigan, A&T's former vice chancellor for information technology and telecommunications, had been charged with embezzlement for allegedly misusing more than $70,000 in university funds.

Harrigan approved purchases that appeared to have no business purpose, according to an audit.

Prosecutors determined that there was no criminal intent and that Harrigan did not realize personal gain, Henderson said.

"The money was used for a variety of purposes," Henderson said. "But it never went into his pocket."

In September 2007, Henderson sent the audit to the State Bureau of Investigation to examine. He received their findings late last week and said he will review the report before deciding whether any more criminal charges will be filed.
Posted by da rattler at 5:46 PM 5 comments: 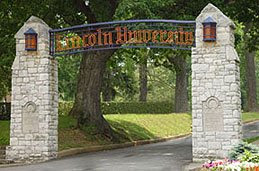 Lincoln University (PA) has received a 5-year/$4M award from the National Institutes of Health (NIH) aimed at improving its research infrastructure. The award began on September 30, 2008 and ends on the 30th of June 2013.

The overarching goals of the award are to strengthen the research capability and infrastructure of Lincoln, to create a group of well-trained faculty researchers with expertise in biomedical research with emphasis on cancer, stroke and other diseases that disproportionately affect minorities, and to generate a pipeline of minority students who will choose to continue their education in biomedical research, allied health and medicine after graduation. An increase in the pool of minority biomedical researchers and health-care professionals will contribute significantly to the elimination of health disparities.

Specifically the award will enable Lincoln University to do the following:
1. To strengthen the research administrative structure at Lincoln University.
2. To expand the academic programs that impact manpower development in health disparities including the introduction of a B.S. degree program in Nursing.
3. To establish academic research programs in health disparities. The number of faculty engaged in quality research focused on health disparities will increase. In the first year of the grant, three new projects will be started. In subsequent years, the grant will award three faculty up to $25,000 each to carry out research in areas related to health disparities.
4. To enhance research facilities and technological environment. This award will enable Lincoln University purchase a Quadropole Time of Flight mass spectrometer (Qq-ToF), a cryostat, bioanalyzer, neuroimaging system and other research equipment. In addition, Neuroscience and Scientific Writing courses will be introduced at Lincoln University.
5. To enhance student competencies and preparedness to pursue advanced studies after graduation.
6. To promote educational experiences and opportunities that encourage students to pursue research careers. 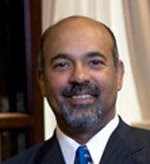 Mason, has been president of JSU since 2000 and holds a bachelor's and juris doctorate from Columbia University. He has led JSU through an impressive academic restructuring and campus revitalization that has expanded into the West Jackson communtiy . Most recently, Jackson State University announced plans to creating a mixed-use development center adjacent to the campus.

The Educational Leadership Award is the highest individual award presented to a sitting president or educational leader of a public HBCU. It is presented annually to an educational leader who has demonstrated outstanding business, academic and visionary leadership through effective management of his or her institution. Nominees are submitted by philanthropic, board, government, alumni, students and educational leaders nationally.

"Dr. Ronald Mason, Jr. has a decorated career in Higher Education and Community Development that directly supports one of our nation's gems and member university, Jackson State University and its 9,000 students," said Dwayne Ashley, President and CEO, Thurgood Marshall College Fund. "He has demonstrated the outstanding business, academic and visionary leadership of Justice Thurgood Marshall, making him a fitting choice for Educational Leadership Award recipient."
Posted by da rattler at 8:28 PM 2 comments: 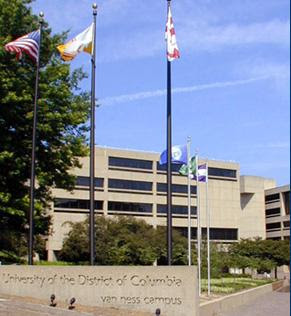 Allen L. Sessoms did not take long to make his presence known at the University of the District of Columbia. Less than a month after taking office as the university’s president, Sessoms announced that he was disbanding the faculty senate. The group had been established in 1995 to enact bylaws and advise the provost and president. Sessoms claimed that the group did not perform the duties with which it was entrusted and did not keep records of what went on at senate meetings.

Some members of the faculty stated that the action was taken in retaliation for criticisms of the manner in which the presidential search had been conducted. Sydney O. Hall, professor of public health and leader of the faculty senate, was the only member of the trustees’ presidential selection committee to vote against hiring Sessoms.

Prior to taking his new position, Dr. Sessoms was president of Delaware State University.
Posted by da rattler at 7:33 PM 3 comments: