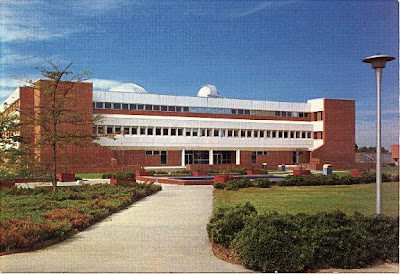 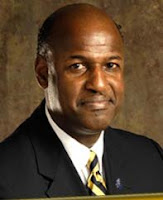 After serving as the Chancellor of North Carolina A&T State University for a mere one year and seven months, Dr. Stanley F. Battle announced that he is resigning from his position.

According to a university press release, June 30 will be Battle’s last day as the university’s president. Battle's resignation caught faculty and students and North Carolina's largest HBCU off guard.

Officially, Battle is stepping down due to personal and family reasons. However, the resignation came amid apparent tensions over his managerial style and opposition to his efforts to raise admission standards at the university, according to interviews with faculty, staff, administrators and alumni.

But the leader of the school board of trustees said Battle left on his own accord.

“It was a shock to me and a shock to the board,” Franklin McCain said. “But when he gave his reasons as family and personal, we have to respect that.”

McCain said the board has not discussed replacing Battle.

A source close to the administration said there was “no big thing” that forced him to step down.

“There’s just a bunch of little things,” the source said. “Sometimes you just get tired of dealing with it all. His mother died at Christmas, the things at work — sometimes you ask yourself, 'Is this what I want to do?’ ”

Whatever drove him to leave, Battle’s departure will bring renewed instability to a university that has experienced considerable turnover in the chancellor’s office.

Battle’s replacement will be A&T’s fourth leader since Edward Fort retired in 1999.

“Stability is extremely important and I hope the next chancellor is able to work with the culture and the politics in Greensboro and Chapel Hill,” said Ralph Shelton, a former chairman of the A&T board. “I think the students deserve better.”

The SAT scores of incoming freshman have risen in each of the past two years, narrowing the gap between A&T and UNC’s systemwide average. The gap — and the high number of A&T students on academic probation when Battle arrived — had been a source of criticism in the past.

However, according to some interviewed Wednesday, the improvements put Battle at odds with those who believe A&T, as an historically black university, should accept and work to improve all students who want a college education.

Campus officials said the conflict started soon after Battle arrived. The board apparently gave Battle a list of mandates; accomplishing them, he told staff, would require raising standards.

Others on campus questioned Battle’s managerial style. Some described him as passionate and hands-on; others as a hard driving micro-manager who favored results over tradition.

None of the 20 faculty, staff, administrators, alumni, trustees and community leaders interviewed agreed to speak about these issues for attribution. Many sources on campus said they had been told by university officials not to speak with the media.

UNC would have nothing more detailed to say about Battle’s departure than the brief statement of praise and best wishes that Bowles had released earlier in a press release, said Joni Worthington, the 16-school system’s vice president for communications.

Battle had told Bowles in advance about his decision to step down, she said.
Posted by da rattler at 9:22 PM

Luxury off campus student housing at Texas A&M University. The District on Luther in College Station for A & M students.please visit this site http://thedistrictonluther.com/

When you are hoping to take out an auto credit, you are not constrained to taking it out at your dealership or neighborhood bank. There are just several internet financing organizations why should capable offer you an extraordinary arrangement. payday loans

That is the reason it is critical for you to locate the right understudy advance that would suit your child or little girl or yourself you if are still an understudy. There are two principle kind of understudy or training credit the private advance and the government advances. Payday Loans San-diego

The present spate of Bank disappointments in America and somewhere else is, in great part, by virtue of borrower defaults. While, in a perfect circumstance, each borrower reimburses the advance benefited by him, from the Bank, in actuality, this doesn't happen. payday loans

There are capabilities. In any case, on the off chance that you are open for business and have steady charge card deals this is an awesome road to investigate. cash advance chicago

Qualification criteria for individual advances is generally dependent on layaway score. Any individual who has ever enjoyed advance obtaining has a financial assessment on how he or she has performed before. cash advance

Unknown said...
This comment has been removed by the author.
10:36 AM