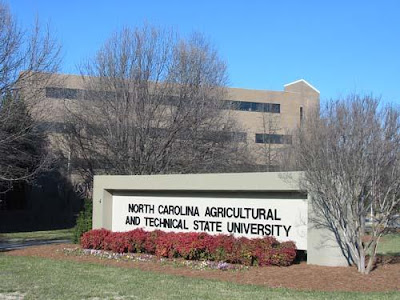 The UNC Board of Governors today will consider approving a new doctoral program at N.C. A&T that is unique in the state’s 16-campus system.

The planning committee discussed the matter Thursday, and the full Board of Governors will consider it Friday. The system’s general administration has recommended that the board approve the program.

One area where they are employed is the automobile industry, which uses the scientists to make models and conduct performance simulations in the manufacturing of cars, Kelkar said.

The university started its master’s program in the spring of 2005. Since that time, Kelkar said, more than 40 students have enrolled in the program and 17 have received degrees. All are employed, he said.

The companies that have hired the students include General Motors, Ford and IBM.

“Once they get this master’s degree, they’re in really high demand,” he said.

The university has been planning its doctoral program for three years. Pending approval, Kelkar said, A&T will begin recruiting students this semester, and students would start in the fall.

Kelkar said he hopes to enroll six students in the initial class.

The university also recently received a $500,000 grant from the National Science Foundation to purchase a high-performance computing system for the program, Kelkar said.
Posted by da rattler at 10:47 PM

In both of the above cases it ought to be viewed as that the bank is still required to meet the necessities of government enactment and will be required to verify that a hopeful is easily ready to pay for the reimbursements without encountering budgetary suffering.Having one's own particular auto is the craving of each person in this world yet the main issue is cash nowadays. Payday Loans

If there should arise an occurrence of non installment of the advance, they can simply guarantee the property. In addition, it likewise helps a borrower to get the advance at a lower rate of intrigue. A borrower is allowed to make utilization of the advance for any reason. payday loans