Ex-CAU President expected to be named Interim Chancellor at UMass 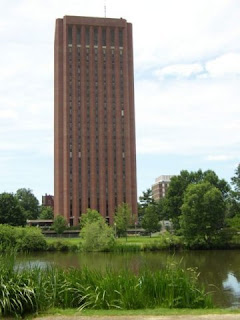 The University of Massachusetts’ Board of Trustees is expected to name Thomas W. Cole Jr., a former president of Clark Atlanta University, as interim chancellor of the system’s flagship campus, in Amherst, The Boston Globe reported this afternoon.

The board is scheduled to vote on the temporary replacement for John V. Lombardi on Wednesday afternoon. Mr. Lombardi, who will become president of the Louisiana State University system on September 1, was allegedly pushed out of the Amherst post as part of a controversial systemwide leadership shuffle. The reorganization led to a no-confidence vote in the system’s president, Jack M. Wilson, and the trustees by faculty members on the Amherst campus this past spring.

Mr. Cole retired as president of Clark Atlanta, a historically black, four-year liberal-arts college, in 2002, and was president of Great Schools Atlanta, a local education fund, from 2004 to 2006. The names of several other former university chiefs had been floated as possible replacements for Mr. Lombardi, including Evan S. Dobelle, president of the New England Board of Higher Education and a former president of the University of Hawaii.

The trustees also are expected to name a search committee to fill the chancellor’s slot, but Mr. Cole will not be a candidate for the permanent post.
Posted by da rattler at 12:15 AM

Purchasing new with an auto credit lease includes two separate charges consolidated into one set regularly scheduled installment. There is the expense of the credit fund that the lease includes and a consolidated expense for the diminishment in estimation of the auto while you are utilizing it. check cashing