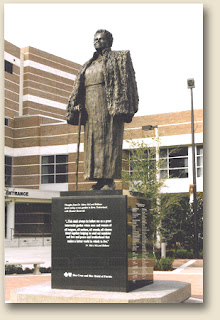 Police are looking into allegations of financial impropriety by a former employee of Bethune-Cookman University, according to a report.

According to the Daytona Beach police report, university President Trudie Kibbe Reed said unauthorized money was being disbursed from a work-aid program sometime between July 1, 2006, and Aug. 31, 2007.

University departments hire students under the program, according to the B-CU Web site.

University officials also are investigating, and the amount taken is unknown, the police report states.

A school news release says "one department budget exceeded allotted funds which then led to an investigation by the university." At least one employee did not follow policy and has been fired, according to the release.
Posted by da rattler at 12:01 AM

Despite what might be expected, looking online is a simple way out. You need not invest an immense measure of energy searching for advances. On the off chance that you are thinking that its hard to secure such funds, you can contact a group of money related specialists. check cashing corona

Apply to the suitable moneylender online for a quick preparing and endorsement of auto credit. Make a point to pay off credit portions in time for getting away debts.In the past days, owning an auto was considered as a piece of extravagance. Cash Advance

To utilize an utilized auto advance rates number cruncher you will be required to enter certain data. This will incorporate the sum you wish to acquire, the quantity of years you need to take your advance over and the loan fee at which you will be charged. auto title loans online in fresno