Detroit HBCU may close its doors 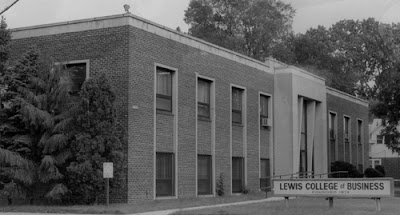 The only historically black college in Detroit may have to shut its doors.

Classes are scheduled to resume January 14 at Lewis College of Business. But the school has lost its accreditation, and is trying to recruit a president and has just a few dozen students enrolled.

According to news reports, some staffers at the 80-year-old school haven't been paid since October.


Last year, the Higher Learning Commission (HLC), an accrediting agency, concluded that the school was unable to meet two of its criteria for accreditation: leadership and evidence that it can respond to future challenges.

”School officials challenged the HLC’s findings, arguing that the information was vague and misguided. In a statement, former interim president, Dr. Violet E. Ponders, said Lewis “does not believe the HLC decision to withdraw its accreditation is ‘just or serves the community.’”

Lewis lost the appeal but was granted permission to start the reaccreditation process in 2008. Meanwhile, so many tuition-paying students have left that it isn't certain how long Lewis will remain open.

Dr. Walter McMurty Jr., chair of Lewis’ Board of Trustees, argues that even in the absence of accreditation, Lewis still has a lot to offer its students, including a dedicated staff that temporarily went without paychecks and a rigorous curriculum.

“The only thing we lost is our Title IV funding. Now, that is not a small thing, but everything that was here before is still here,” McMurty says.

Lewis has since hired a team of evaluators to conduct a “self-study” of the institution. This team was designed to identify the school’s weakness and generate solutions. School officials say the team’s findings will dictate the timetable for a reaccreditation proposal. “It could take anywhere from 18 months to three years,” McMurty says.

Like most historically Black colleges, an important history is woven into the fabric of Lewis’ founding. Lewis was founded at the beginning of the Great Depression in 1928 by Dr. Violet T. Lewis. She sought to establish a postsecondary institution for young Black adults, particularly women. In the early days, Lewis trained many of Detroit’s Black professionals including the first Black accountants, bank tellers, stenographers and switch board operators.

Administrators at Lewis are hoping that alumni, local businesses and churches will champion its cause.

Despite the current situation, Lewis’ presidential search is moving forward, and the school is currently considering four candidates. McMurty hopes the new leadership will usher in a new wave of popularity and financial stability for Lewis.

During the past 79 years, more than 32,000 students have attended Lewis and nearly 13,000 have graduated. While enrollment currently hovers at a meager few dozen, the resolve for survival is present among the faculty.

“We owe it to our students, especially to those who have stood beside us to regain our accreditation as soon as possible,” Allen says.
Posted by da rattler at 12:01 AM

It is prescribed that you see your credit report before applying for any auto advance. When you apply for an advance, it is ensured that the moneylender will check your financial assessment. For the most part, a low FICO assessment and poor record refutes a promising installment history and budgetary security. Payday Loans