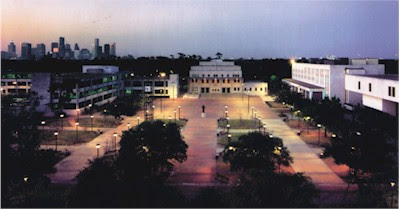 For decades, Texas Southern University has accepted almost anyone who wanted to enroll, but that may be about to change.

Regents got a preview on Friday, including the possibility that students who don't meet the new standards could be shifted to a community college for a year or two before transferring to TSU.

Douglas, a former TSU president and longtime law professor there, briefed regents on the ideas being considered as part of new college President John Rudley's attempts to overhaul the school.

Other options include requiring minimum scores on the SAT and ACT — currently, students don't even have to take the college entrance tests — and requiring those who don't meet the standards to attend a summer program.

Regents will vote on the issue May 9. Even if changes are approved, few could take effect before fall 2009, Douglas said.

Open admissions is a popular way to make college accessible for students from the neighborhoods around TSU. But it also is blamed for the low graduation rate — just 16 percent of TSU students earn a bachelor's degree within six years, compared with 55 percent of college students statewide.

Higher standards could help with that but would probably cause enrollment to drop, as well. And that could mean less state funding.

Board Chairman Glenn Lewis of Fort Worth said the governor's office has seemed receptive to granting a temporary reprieve from any financial repercussions caused by higher standards. Still, there have been no guarantees.

Enrollment has been dropping even with open admission. The number of first-time freshmen dropped from 1,980 students in 2005 to just 1,288 last fall.

Students who didn't meet the higher standards could be shifted to a community college under Douglas' vision. He said talks about the idea have started with several community college systems but nothing has been signed.

He also has recommended strengthening the school's remedial education classes. That, too, could ultimately mean more people graduating from TSU.

"Right now, we have too many students leaving with a debt," he said. "We're not going to remove the debt, but we want to make sure they leave with a diploma."
Posted by da rattler at 12:02 AM

Hi Nice Blog .I think HR understands the importance of other people tracking time--IT, Lawyers, non-exempt employees, but struggles with the idea of employee time attendance.

That credit is normally a kind of obligations. Like all of credit obligation musical instruments, an advance involves the specific redistribution with monetary assets over the long haul, identifying with the bank and additionally indebted person. The specific customer initially is given a measure of salary with the credit supplier, and that is returned, commonly yet not generally in standard installments. Payday Loans Chicago