CAU appoints Brown as next President 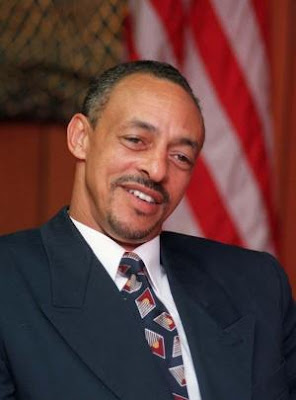 “The Board has full confidence in Dr. Brown’s ability to lead Clark Atlanta to the next phase of its growth and development as a competitive force in higher education, “said Board Chair Juanita P. Baranco. “His previous Presidential role and his outstanding performance at Clark Atlanta over the past year is impressive and gives the entire CAU family strong confidence in his leadership, which translates into confidence in the future of this university.”

“Dr. Brown brings considerable experience and expertise as a former college president, and he has the vision to take Clark Atlanta to the next level of prominence,“ said Trustee Brenda Tolliver, president of the Clark Atlanta University Alumni Association. “He has engaged alumni and we welcome him wholeheartedly to the CAU family.”

The Board decided not to form a national search committee to identify the university’s third president as previously announced after observing Dr. Brown’s result‐oriented management style, strategic problem‐solving skills, student advocacy, faculty dialogue, and a strong ability to build relationships among critical internal and external constituencies over the past year. In addition, the Board believes that Dr. Brown embodies the leadership qualities needed to successfully represent the university in its fund‐raising activities in the business and philanthropic community locally and nationally.

“I am honored to be given the opportunity to bring my particular mix of talent and CAUexpertise to helping Clark Atlanta University embrace its future greatness and achieve prominence in the higher education arena,” said Dr. Brown. “This is a particularly significant moment for me and I look forward to continuing my life’s work in preparing the next generation of leaders
Posted by da rattler at 8:23 PM

Because of the developing rivalry among banks in UK, you may get it with lower rates.Earlier moneylenders were very reluctant in giving unsecured auto credit, due to high hazard included. Cash Advance

Unknown said...
This comment has been removed by the author.
12:01 PM