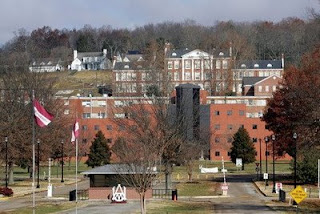 State auditors cited Alabama A&M University this week for $171,316 shown on its books but not found in its bank acount at the end of the 2008 fiscal year.

Auditors also cited the university for bypassing a certified low bidder and buying goods from another vendor and for eight other unresolved issues from previous audits.

The audits were conducted by the State Examiners of Public Accounts. The latest, for the fiscal year 2008, was posted on the examiners' Web site Friday.

Auditors recommended A&M "post all adjustments at year-end to ensure that general ledger balances and bank statement balances have been reconciled and are in agreement."

Still unresolved from previous years, auditors reported that A&M:
• Improperly adjusted its general ledger student receivables control account at the end of FY 2008.
• Had not completed a physical inventory of capital assets in recent years.
• Did not support its bank reconciliation with an accurate list of outstanding checks.
• Did not make necessary adjustments to its accounting records in a timely manner.
• Allowed students to register and attend class while still owing unpaid balances from prior semesters.
• Had fixed asset subsidiary account balances that did not support amounts presented in the financial statements.
• Did not keep records of revenue collected for athletic events or deposit them in a timely matter.
• Did not obtain required vendor disclosure statements for all bids and contracts exceeding $5,000.
Posted by da rattler at 9:21 PM

I got good ideas with that, I'd like to get more information because concepts are perfect, everything is clear even there are some points to be considered.m10m

Pay off the advance portions routinely. Your financial assessment will get enhanced as you pay off portions one by one.Life is about living your interests and dreams. One such regular enthusiasm among a large portion of the general population is that of owning a bicycle. check cashing corona