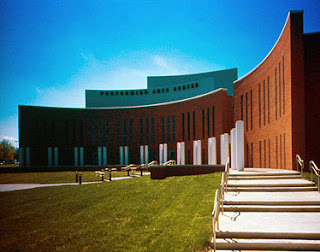 Tennessee State University's accreditation could be at risk this year unless it proves professors adequately test students, administrators make results-driven decisions and instructors have the right credentials to teach their subjects.

The university is in the early stages of its Southern Association of Colleges and Schools accreditation reaccreditation process. Outside groups have issued scathing reviews of TSU and suggested the school lacked an evidence-based culture and does not providing basic services.

TSUl officials maintain that they will have no problem earning reaccreditation, and added the issues raised in the school's initial review are typical of most universities going through the process.

A team of educators from peer institutions will visit TSU later this month to conduct interviews, review documents and verify the information. A final decision will be made in December.

"Just because they have something written in the compliance certification does not mean they are in trouble," said Belle S. Wheelan, president of the Commission on Colleges of the Southern Association of Colleges and Schools.
"They have a chance to clean up those things. That's the first blush."

The initial report raised questions about the university's financial resources because the school's most recent audit wasn't ready at the time the documents were due. Providing a copy of the audit will clear the school in those categories, TSU officials said.

Other concerns were more complex.

The university came up short in a key area because it didn't show that students are consistently tested on what they have learned. In addition, there wasn't evidence that student assessments were used to make budget decisions or to make programs better.

School officials said almost all degree programs had assessments in place and they were making decisions based on the information collected from those assessments, but the university did not have a uniform system for requiring and collecting that information.

"We have planning and assessments throughout the university, in some areas better than others," said Timothy Quain, TSU's accreditation liaison.

In response to the concerns, the school this year will standardize the assessment process, collect the data and show how they are tied to budgeting and planning. That will happen for the first time in June.

Another issue involved the qualifications of the school faculty.

In four programs, too few courses were taught by professors with doctorates. In other cases, the university didn't produce proof that instructors had the proper credentials.

TSU officials say they will respond to this concern by recruiting more qualified faculty and by collecting resumes and documents that prove existing faculty have the proper credentials.

Charles Manning, chancellor of the Tennessee Board of Regents, said the state does not get involved in the reaccreditation process until the on-site team issues its report. He said he believes TSU will correct any issues raised.
Posted by da rattler at 5:18 PM

Essentially, those firing the munitions, and those in proximity of the blast are at risk. University Accreditation | Accreditation

I have several doubts about this new project!

The primary part of the New Year will see banks confronting a great deal more weight because of terrible credit contract advance misfortunes. These misfortunes are influencing all advances, yet when all is said in done cruiser advances might be affected somewhat more. check cashing in fresno