Architecture school at Southern could fall to budget ax 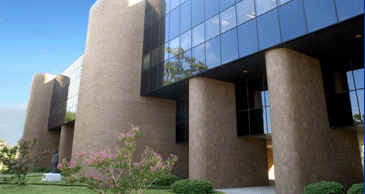 Kofi Lomotey, the Chancellor of Southern University Baton Rouge said, he faces the prospect of having to close the school of architecture next fall because of further state budget cuts. Campus spokesman Ed Pratt said the university is still exploring methods to keep it open, including reaching out to alumni for financial help.

Lomotey said he would have to give a year's notice to faculty before ordering the closure of the architecture school so they and students can shop around for other universities. The school of architecture averages about nine graduates a year. Sixteen of the campus' 88 programs have been recommended for termination or merger.

In the past two years, the campus has seen its budget reduced by 22 percent -- roughly $19 million, including the $4.8 million reduction the school took this year. The cuts resulted in layoffs last year and possibly lead to another 50 staff and administrative job cuts this year, the chancellor said.

For satisfying this need, you may need to mastermind the satisfactory subsidizes so that your solace can be expanded. You can go for the vehicle advances for meeting such sorts of requirements. These credits can be effortlessly gained by you at whatever point you require any vehicle with you. Cash Advance Chicago

For some car devotees, even the simplicity of the web can not supplant to delight of noticing a junkyard first thing in the morning. When the time has come to search for Land Rover parts, you can wager that these folks will be elbow somewhere down in the grunge hoping to score huge. car title loans fresno

When you think about a pickup truck, you may consider moderate 0-60 times and more often than not that much fun out and about. That is not valid for the Ute. Think about the Ute not as "utility" but rather as a "game truck." Payday Loans San-diego