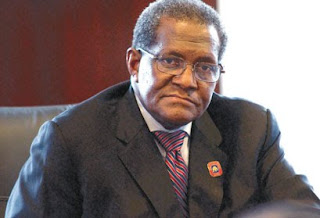 For the second time in nearly six months, South Carolina State University president George Cooper is under fire again, this time from the faculty senate has given Cooper and his administration a vote of “no confidence.”

The group voted 19-3 with one abstention at a meeting last Thursday. Faculty Senate members are elected by their respective departments.

The Faculty Senate outlined what it thinks are Cooper’s shortcomings. They include his failure to:
• Provide and implement a compelling vision for the university
• Adhere to shared governance by refusing to communicate with the elected representatives of the faculty
• Uphold policy and properly oversee the financial status, including the cash flow, of the university, as found by the outside financial consulting firm Elliott Davis

The document also states that Cooper has “ignored public scrutiny regarding the university’s financial status and has provided no answers or embarrassing answers to the public, particularly regarding the James E. Clyburn Transportation Center.”

Attorney Donald Gist, who said he is Cooper’s personal attorney and does not represent the university, said, “Dr. Cooper takes the position that the Faculty Senate does not reflect the full faculty at South Carolina State University.”

Then two weeks after letting Cooper go, the terms of two board members expired, and two new members took their places. The newly configured board rehired Cooper.
Posted by da rattler at 7:56 PM

In any case, contingent upon the office, area, and size, the rate of Lake Tahoe excursion rental homes differs. By and large, to get-away resorts at a less expensive rate, explorers ought to search for diverse choices. check cashing

Since the subprime credit business section is helpless against dangerous practices utilized by a couple change stars, you ought to always read the improvement assention intentionally, particularly the great 'ol molded revelations piece, to remember you won't be gotten in an affirmation trap. Payday Loans