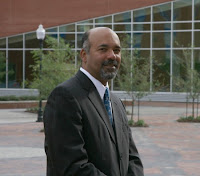 Partly citing “financial reasons,” Mason touched on the issue after a discussion about a new Baton Rouge Area Chamber research paper, titled “Toward a Renaissance at Southern University A&M College.”

Last year, Southern had planned to increase the minimum GPA standard from a 2.0 to a 2.5 — on a 4.0 scale — and to phase in the minimum ACT test score from a 20 to a 22 by 2012. But after facing opposition from the Faculty Senate and others, the decision was made to delay implementation until 2011.

Mason said the focus is on doing a better job of retaining and graduating students under the current admission standards.

Tougher standards typically cause a temporary dip in student enrollment, which is why Mason cited financial concerns from the potential loss of tuition dollars at a time of state budget cuts to colleges and Southern’s problems with already declining student enrollment levels.

Southern Chancellor Kofi Lomotey said, there is a “Catch 22” in terms of improving performance at a time of continuing college budget cuts.
Posted by da rattler at 7:40 PM

An auto is no more a need; truth be told, it has turned into a grown-up toy. It is something which can draw desirous look of your relatives and companions. You can't wind up with simply any auto. It must be fabulous, extraordinary, having an engraving you could call your own identity. This was the narrative of your heart, shouldn't something be said about psyche, which may meet with the brutal reality. check cashing

Consider student credits as government and private-It is fundamental to have a thought regarding the distinctions of the two. Government instruction credits have lower financing costs than of the private advances. payday loans