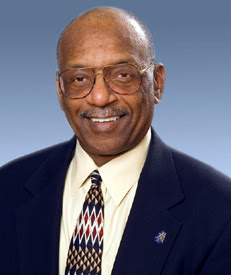 He succeeds T.J. Bryan, who announced this week that she would resign amid a number of problems at the campus.

Hackley is credited with uncovering serious financial abuse and mismanagement at N.C. A&T State and helping clean up the problems. A team of UNC officials and auditors was sent to the campus at Hackley's request.

A retired U.S. Air Force officer with a doctorate in international relations from UNC-Chapel Hill, Hackley is the founder of a firm that focused on ethics, leadership and community and character development.

In a statement Thursday afternoon, Bowles said Hackley "tackles every challenge handed to him with full commitment, great passion and absolute integrity."
Posted by da rattler at 1:15 AM