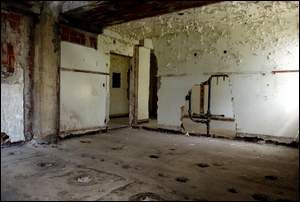 Alabama State University has spent $1.6 million on a campus housing project still in the bid stage and is looking at hefty legal and hotel bills connected with the work, which will be completed -- at best -- at least a year behind schedule.

University officials announced the renovation of six dilapidated dormitories nearly two years ago; so far, two of the buildings have been gutted. Plans used by the university last year to obtain financing show the same two dorms restored at this point.

Some of the students who would be living in those dormitories will stay at a hotel when they return for the fall semester in two weeks. The board of trustees is expected to approve a proposal to rent 100 hotel rooms at a meeting next month.

The university asserts it doesn't have a dollar figure for the hotel rooms because the contract isn't finalized. It's paying for the housing project with a $25 million bond it secured last year; that amount was guaranteed to cover everything from inside demolition work to new furniture.

Of the $25 million, more than $600,000 has gone to TCU Consulting Inc. for overseeing the project, now stuck in the bidding phase for more than six months. The rest of the $1.6 million was spent on architectural fees and gutting the two dorms.

With TCU handling the project, the first bids came in three months ago at more than $13 million over the Marous Brothers-Berry budget. To attract lower bids, ASU pushed the completion date back six months and re-bid the project. Renovation work now won't begin until at least late next month. Even if completed on time, the first renovated dorm rooms will be more than a year behind the original timetable.

"It's not accurate to say that we're behind schedule and over budget," ASU spokeswoman Janel Bell said. "The project calendar was extended to address high bids. It's premature to say it's over budget."

All things considered, this bit of data can give you help and generously build your odds of getting a moderate car credit. A month ago Reuters ran distributed an article titled, "Auto moneylenders ease credit benchmarks and terms to goad advances". It specifies that moneylenders consider auto advances safe in correlation to contract and charge card credits. check cashing places