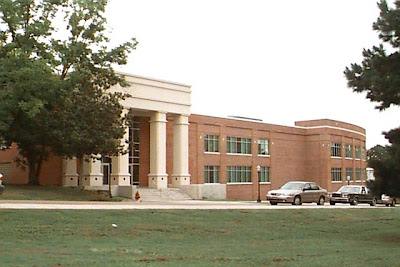 Higher education leaders say the economy has thrown a bit of a wrench into Alcorn State University’s plans for a privatized housing development.

At the state College Board meeting this morning, board members granted Alcorn President George Ross the authority to possibly use the traditional bond financing model for new student housing.

Alcorn is aiming to be the first public university in the state to use private money to finance a residence hall. Proponents say the method speeds up the process and does not add to the university's debt because the bonds are secured through the university foundation.

"The (privatized) model works," but there was no way to anticipate the state of the nation's financial market at the time, he said.

Alcorn currently is in negotiations with one bank to continue moving forward with the privatized method, but Ross said he sought approval for the traditional financing model just in case that doesn’t work out.

"Housing is desperately needed at Alcorn," he said.
Posted by da rattler at 12:01 AM

Hi webmaster, commenters and everybody else !!! The blog was absolutely fantastic! Lots of great information and inspiration, both of which we all need!b Keep 'em coming... you all do such a great job at such Concepts... can't tell you how much I, for one appreciate all you do!

You lost your employment or the present place of employment does not pay enough for you to bear the cost of the home loan installments. Your home estimation is submerged, so there is no value left. You have just two alternatives: Foreclosure and you lose the house or a home advance alteration program. Check Cashing Costa-mesa