AAMU falls behind on retirement payments 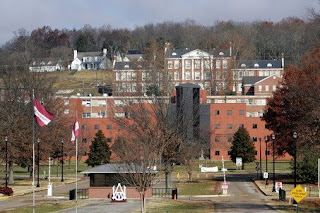 Alabama A&M University has fallen two months - nearly $2 million - behind in payments to the state retirement system on behalf of its 1,100 employees, retirement officials say.

Slight payment lags of a week or two are common, but no other public institution has missed two straight months, according to Donald Yancey, director of benefits for the Retirement Systems of Alabama.

A&M officials blamed the state, a statement from Vice President for Business and Finance Charlie Rucker on Thursday said that "the state is about two months behind in payments (warrants) to Alabama A&M University."

If state education payments are the problem , Gov. Bob Riley asked, "Why is every other university and school system in Alabama up to date?"

The payment gap won't prevent someone from retiring from A&M with full benefits, Yancey said, because RSA routinely starts retirement payments while waiting for the last payroll deductions to catch up.

But until the shortfall is made up, Yancey said the system will not cash out any departing employee's retirement account. That means an employee leaving for another job this summer will find his or her account frozen until A&M catches up.

The shortfall includes both the 5 percent retirement contribution withheld from A&M salaries each month, plus the 11 percent matching contribution the school makes, Rucker said.

Rucker said both contributions are held in university bank accounts, "and both amounts are submitted to RSA when sufficient funds are accumulated."

A&M has an average monthly payroll of about $6 million, Rucker said. Sixteen percent of $6 million means an approximate $960,000 monthly contribution. That puts A&M nearly $2 million behind.

A&M has been dealing with the same budget woes affecting public schools, colleges and universities across the state. The university's state appropriation this year was about $45 million, down from a first proposal of almost $50 million. For next year, Riley estimates that mandated budget cuts will limit A&M to about $40 million from the state. It gets millions more from other sources, including the federal government.

Interim A&M President Dr. Beverly Edmond and A&M officials have implemented steps to deal with the budget, including monthly unpaid furloughs of 12 hours for administrators and eight hours for staff earning $30,000 a year, and a 5 percent cut in pay for summer faculty, Rucker said.

A&M is currently operating without a permanent president or an approved budget.

It has no budget because the board of trustees has not met to pass one, and the board hasn't met because of two ongoing disputes, one between Riley and legislators over new appointees to the board, and one between remaining members over A&M's next president.

Riley's spokesman said Thursday that the governor hasn't decided whether to continue to push his four nominees.

The four have failed to win Senate confirmation for two years.

Your blog keeps getting better and better! Your older articles are not as good as newer ones you have a lot more creativity and originality now keep it up!

The auto advance relies on upon the kind of vehicle, model and year of creation, the financing costs of the advance and the length of time of the advance. These are all components that impact your regularly scheduled installments so keeping in mind the end goal to be in front of things and to stay educated, you have to utilize the auto credit mini-computer. https://www.usapaydayloanstore.com/chicago

With business development on the ascent, private companies may think that its hard to remain focused in this developing business sector. It is accounted for that lone 44 percent of every single new business will make due through their fourth year. check cashing san-diego