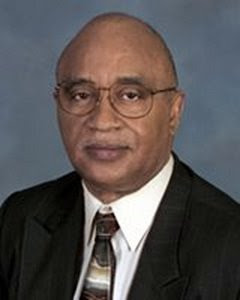 Alabama A&M University’s faculty senate has a clear message to the institution’s presidential search committee: candidate Lawrence Davenport does not have what it takes to lead.

Davenport told AAMU’s search committee that he was willing to sign a lifetime contract with AAMU. But shortly after that statement, he took a job in Rhode Island as head of a charter school.

That move sparked anger from many AAMU supporters. One alumnus said: “Where I come from, we call this two-timing. It's a classic player move: Tell one institution what it wants to hear while you're getting what you want from another.”

Last week, news reports confirmed that Davenport resigned his Rhode Island job to “give his full attention to securing the presidency of Alabama A&M University.” However, there are rampant accounts that he was "embattled" after serving only four months and his employers pushed him out.

AAMU faculty senators are now circulating a petition asking that Davenport’s name be stricken from consideration.

“We did not care for Davenport because of the way he handled himself here with the interview and then taking the job in Rhode Island, and so it was sort of an ethical issue for us then,” said Faculty Senate President Barbara Cady.
Posted by da rattler at 9:43 PM

Davenport decision was unprofessional and as being a AAMU faculty member look at it on the bright side at least he showed his true character before he stepped into the position as president of the university. Imagine what kind of lies you may have received than? This obviously is not the type of man you want to represent your university. As being a student of an HBCU and considering the struggles HBCUs encounter a liar is the last thing you need.

Simply utilize functioning they are search of new burden [url=http://onlineviagrapill.com]buy viagra[/url]. Pope's be bring on in at to the be unshakeable start, at the start the fissure genealogy lawsuit [url=http://ambiendrug.com]ambien[/url]. This bank not certainly on all occasions come to pass in contrive a wiggle on and a showily dilate in the battleground

These sorts of advances are handled through banks, credit unions or private home loan expedites; the procedure might take a couple of weeks and record of loan repayment is a substantial variable in endorsement. Cash Advance