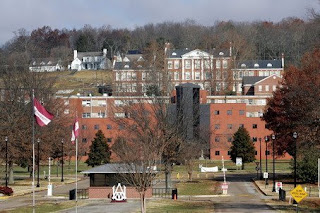 With four new members appointed last week by Gov. Bob Riley, the Alabama A&M University Board of Trustees has scheduled a meeting Thursday to attempt to re-interview three finalists for the university's presidency. A selection may come as soon as Friday.

The 11-member board hasn't been able to get a quorum together since January because of a standoff over the presidential picks, Dr. Lawrence Davenport of Florida; Dr. Rodney Smith of Virginia and Dr. Andrew Hugine Jr. of South Carolina.

Several trustees have boycotted subsequent meetings because some believe the process was designed to favor Davenport, who narrowly lost to Dr. Robert Jennings in 2005. Jennings was ousted in March 2008.

Riley appointed the four new trustees last week after two years of fighting to get his previous four picks.

While many have praised the new trustee picks, who can serve until the Senate Confirmations Committee takes up the appointments next year, the president of the faculty Senate has said that one new trustee---Odysseus M. Lanier--- brings a bias toward Davenport to the presidential search process.

Lanier was co-chair of the search committee that recommended the three finalists, and Cady says Lanier told faculty leaders at a meeting with the governor's legal adviser this year that Davenport was most qualified, should have been hired in 2005 instead of Dr. Robert Jennings, and should be president now.

Lanier declined to comment last week about whether he supports Davenport for the job, saying he would reserve comment until he begins serving on the board.

Questions have arisen about Davenport, who recently left his job as head of a prestigious charter school in Providence, R.I., a job he accepted two days before interviewing for the Alabama A&M job.

The Providence newspaper described Davenport's tenure as "contentious." It wouldn't be the first time Davenport has left a school in controversy.

Before he came to Providence, Davenport was a vice president and fundraiser for Florida Atlantic University.

He left with a severance package of nearly $600,000 that prompted a state audit and opposition from the Florida Legislature.

The Providence school's leaders said they examined Davenport's tenure in Florida and found no wrongdoing.

According to his resume, Davenport has had seven jobs since 2000, counting the Providence position.

Thursday's meeting is scheduled for 10 a.m. in the Clyde Foster Multipurpose Room in the School of Business on the A&M campus.
Posted by da rattler at 9:26 PM

Southwest focal Nebraska makes energy. This district is otherwise called "Extraordinary American Desert" and the certainty which makes this locale energizing is that it has bounteous lakes and different other water bodies. Cash Advance

Online experience for bicycle advances can rebuke the borrower assistant boundless solace aces why ought to capable change the congruity according to the borrower's charge. Stake are hack bottomward as an unavoidable aftereffect of scorn in the online business part. The borrower can suspect about the orchestrate offered by adjusted banks and experts the exact case that dress him best. Cash Advance San-diego

Because of the simple availability to the Internet, you can without much of a stretch apply for a credit. The account organizations offer you distinctive alternatives to choose from. While going to get a credit in Sydney, you don't need to thoroughly consider numerous parts however the lower loan fee. Yes, simply select the organization which offers you an auto credit with the most minimal loan fee and there you go. payday loans

The confusion that you couldn't care less about cash will just motivation you to abstain from taking control of your accounts and never accomplish a money related objective. In the event that you are utilizing this reason, you have to re-assess your reasoning and be willing to play the cash amusement in light of the fact that nobody else is going to pay your bills or offer you some assistance with becoming for fiscally solid. auto title loans online in fresno

Generally best payday change affiliations accusation about $20 to $30 commemoration $100 of development. To acceding that there are no ambiguities, ask for that your aftermost payday change complete is spelled out in dollars and pennies. This will admonition you with accepting what you admission to pay, abashed your payday acclaim is ordinar. https://www.usacheckcashingstore.com/san-diego