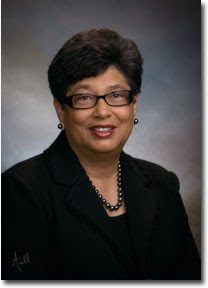 Yancy, who was also Johnson C. Smith's first female president, headed the Charlotte-based historically black school from 1994 until June 2008, according to the school's Web site. According to a Shaw University news release, she raised $145 million in fundraising campaigns for Johnson C. Smith and increased its endowment from $14 million to $53 million.

Yancy replaces Clarence Newsome, who took a one-year leave of absence in mid-May amid rising about Shaw's ballooning debt, decaying dormitories, the payment of everyday expenses on credit and a graduation rate that hovers around 36 percent.

Conditions at the private school so disturbed alumni that in March, the Greensboro chapter stopped donating or raising money for their alma mater. This stance stayed in place until mid May, when Shaw announced Newsome would leave his post with a paid, one-year sabbatical. At that time, the agency that accredited Shaw in 2002 said it will demand a plan for paying down the debt once a new president replaces Newsome.

"He lost his credibility with the students, the faculty and staff and the alumni," said Robert Caple, chairman of the Greensboro alumni group. "We knew something had to happen."

"As they used to say when I was growing up, she brought them from the projects to the pros," Gary said.
Posted by da rattler at 3:14 AM