Tx. Southern gets off probation 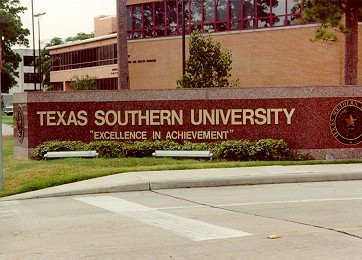 Texas Southern University cleared a major hurdle in recruiting and fundraising last week when its accrediting body agreed to take the school off probation.

“It’s a big deal,” said President John Rudley, who took office in January 2008, one month after the Southern Association of Colleges and Schools placed TSU on probation for a series of financial and management missteps.

The impact is mainly symbolic: Parents who were reluctant to send their children to TSU because its accreditation was in doubt now can feel secure, Rudley said.

“The value of our degrees has been affirmed,” he said.

Belle Wheelan, president of the association’s commission on colleges, said her board voted to lift the probation Thursday morning, two days after Rudley and a team of TSU administrators presented evidence of their progress.

Rudley announced the news to his school’s board of regents soon after.

Gregory Maddox, interim dean of the TSU graduate school and a member of the administrative team that worked to end the probation, said he never thought the school actually would lose accreditation.

“But it certainly has been bad for morale,” he said. “Now we can go about the business of being a university. We’re not under the burden of having to constantly prove what we’re doing.”

The biggest step came earlier this year, when auditors were able to complete their tally of the school’s financial position. That took almost two years — the first firm hired for the job gave up because the financial records from previous years were in such a mess.

The financial problems and shoddy recordkeeping were highlighted when Rudley’s predecessor, Priscilla Slade, was accused of spending $500,000 in school money on herself. She is on probation.

Rudley said the school would have an annual outside audit for the next five years to ensure its finances remain clear.
“We don’t ever want to get in that position again,” he said.

Now, he said, TSU can go about the business of being “a normal university.”

That doesn’t mean no problems. The TSU library is inadequate for a school of its size and ambition, but the Legislature didn’t approve a request for $46 million in tuition revenue bonds to build and furnish a new one. Only the University of Texas Medical Branch at Galveston was authorized to issue tuition revenue bonds, used for university construction, during the session that ended this month.

That will be TSU’s top priority when the next session begins in 2011, Rudley said.
Posted by da rattler at 4:09 PM

The advantages of this plan are presented even to persons with a poor FICO score on the off chance that they qualify with a consistent business code and dynamic ledger. Terrible banks can modify their lost FICO assessment by making installments at consistent and stipulated date. Cash Advance

Hence, you will wind up sparing a great deal of time and cash that you would some way or another spend on loans.Everybody dreams to have their own particular dream auto. It is a positive sentiment to drive their own particular auto yet a great many people don't have sufficient assets to make their fantasies work out. cash advance

After you have been looking on the web, connected for a couple auto advances and got a couple offers from different vehicle moneylenders, you can utilize the advance mini-computer to think about the distinctive offers. You can even get an uncommon examination vehicle credit adding machine. check cashing costa-mesa

With fading grit, yet at the same time the same duty, Hawthorne attempted to control the humming flies of the commercial center. On more promising times, he could attempt to be, if not an undeniable Lancelot of the plexiglass tower, then no less than a Lancelot in a minor key. Gracious how short the rope was. Cash Advance San-diego

For the most part if this credit is terrible we can't assume consistent advances or acknowledgment cards and are constrained into taking a gander at advances for individuals with awful credit. check cashing